We are currently providing both virtual and in person sessions. Clients are free to choose which they are most comfortable with on a session by session basis.

Would you like to switch to the accessible version of this site?

Don't need the accessible version of this site?

Define What is Important in Life

Design a
Self Care
Plan

Discover a Life of Purpose

Have Peace of Mind in Relationships 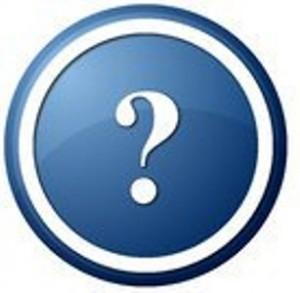 are 4 important steps to follow and understand when it comes to forgiveness.  These included:

This can be a touchy, emotional issue for a lot of people and as a result I get asked a lot of questions.  Here are some of the most common questions I get asked:

But what if the offender has died?

Making a choice to extend forgiveness to someone is not dependent upon them being in front of you or not.  You do not have to tell them the words, “I forgive you.”  It is more a decision between you and God.

Do I have to have a relationship with that person once I’ve forgiven them?

This one can be tricky.  First you need to deal with your sinful feelings (the anger/grudge you’ve held onto) about what happened and repent from that.  Once you feel you’ve truly been able to forgive the person, then it’s possible to potentially have a relationship with them, if they are able to repent from what they did.

If they are not remorseful and continue to attempt to hurt you, you do not have to keep putting yourself in a hurtful position.  Luke 17:3 tells us:  “So watch yourselves.  “If your brother or sister sins against you, rebuke them; and if they repent, forgive them.”  The key is that they must truly repent for what they’ve done.  Repentance is proven by a change in behavior.

Is it wrong for me to say “I forgive” and then start feeling angry again?

No!  In fact that is normal!  Forgiveness is a process, not a one time decision.  It all starts with the choice to forgive and trust that God can take care of the situation and you.  Our emotions may take a little while to catch up with that decision.  You may have to “remind” yourself hundreds of times that you’ve chosen to forgive, before you actually feel as if you’ve released the anger and truly forgiven.

Unforgiveness affects relationships on such a fundamental level.  I’ve witnessed this repeatedly this month with couples I work with.  They sit and argue over and over the same subjects because they’ve both been hurt by one another.  Rather than look at the heart of the issue – they’ve both been hurt and purposely hurt one another – they choose to argue about meaningless topics.  When re-directed to take responsibility for their actions and truly apologize, real healing can finally take place.

What other questions do you have about forgiveness?

We look forward to speaking with you soon!